Bees, Druids, and Swine, Oh My! Chivalry 2 The Raid of Aberfell Charges Forward 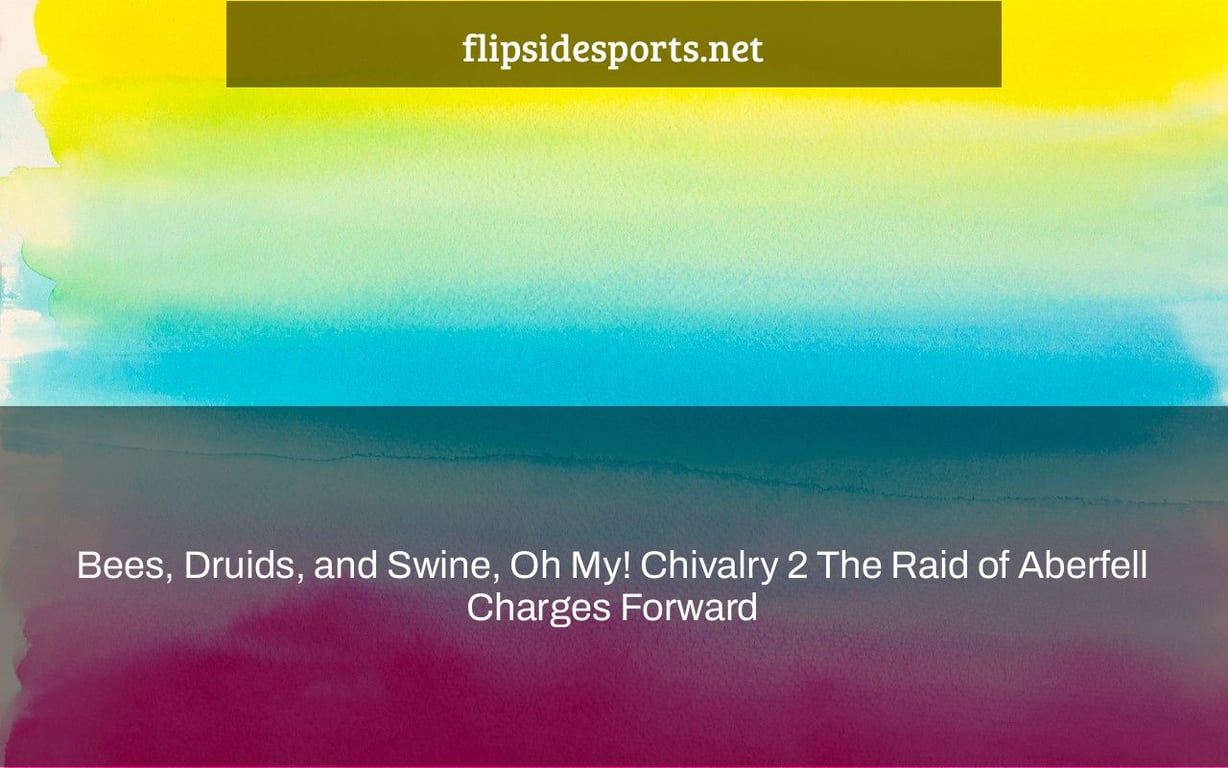 The developer of Chivalry 2, Torn Banner Studios, recently stated that they were working on two new patches and expansions to the game. The team outlined how this will be a season-long release. This seasonal content can help boost player retention by providing something fresh and new for returning players while providing value for those who may not have purchased the game yet.

In Torn Banner Studios’ hack and slash multiplayer action game Chivalry 2, the Masons and Agathian Knights are gathering for yet another large-scale conflict. The House of Aberfell update will be available for PC and console on February 15 at 11 a.m. EST. The Raid of Aberfell has a new 64-player map, as well as new weapons, armor, mechanics, and a playable VIP character.

New personalization options for weapons and characters, a boatload of bug patches for numerous bothersome problems and crashes, and upgrades to previously-released maps are all included in the free update.

Bees and swine may now be spotted around the battlefield, in addition to the new VIP Druid character, whom Mason players manage as a “final line of defense against the Agatha attack.” Bee bombs are area-of-effect weapons that function similarly to Medieval grenades, while pigs (along with peasants) may be abducted to “deny [the] Mason Order’s access to food and labor.”

There are also the following additions:

From February 15 to February 16, Chivalry 2 will be on sale for 33% off on the Epic Games Store. Torn Banner and Tripwire Interactive suggested that a console sale might happen in the future, and that fans should “keep a careful watch on the Chivalry 2 social networks” for further information.

In our review, we complimented it on practically every level, from combat to player growth and humorous moments.

“It’s a narrative in which one minute you’re living out your hero dreams as a one-man army smiting your kingdom’s opponents, and the next you’re frantically apologizing for crushing your buddy with a church bell while bleeding out from your severed limb. A few small technical issues and gripes do nothing to distract from a work of art in the field of entertainment.”