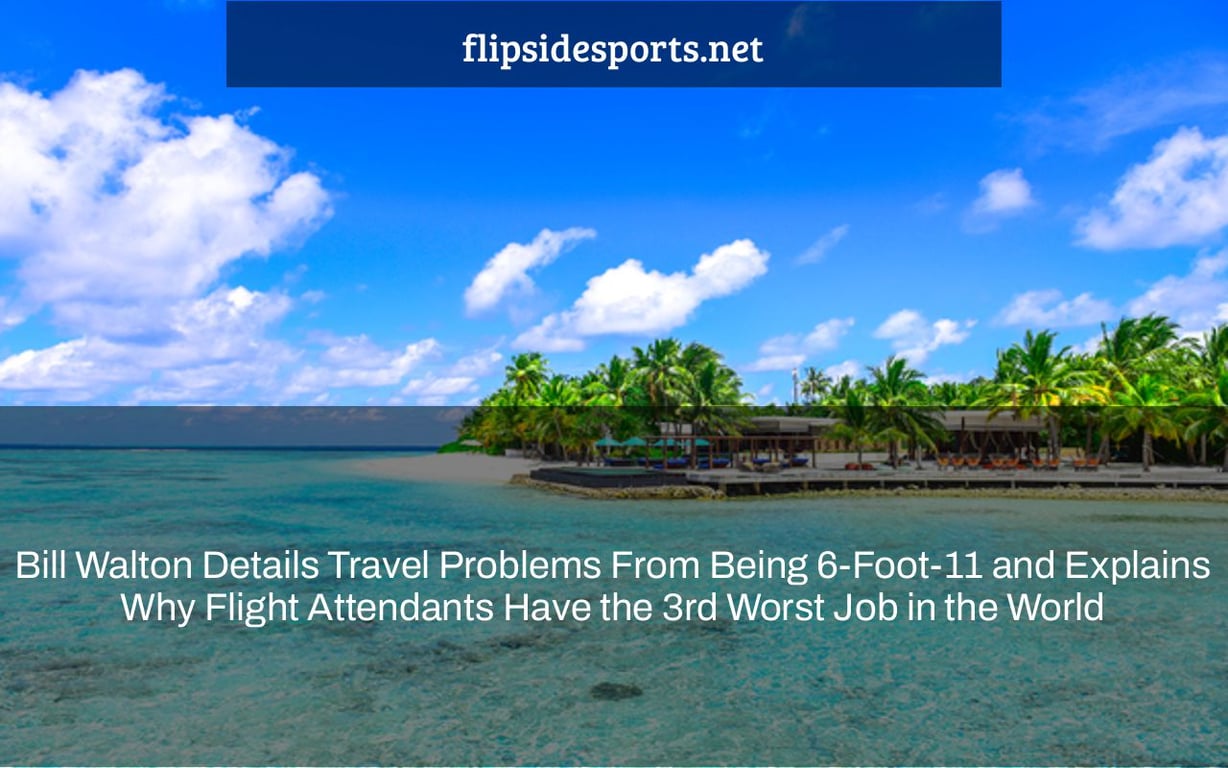 Bill Walton, one of the greatest basketball players ever to play in the NBA and current analyst for ESPN’s coverage of college basketball games, joins Bill Simmons on a conversation that covers everything from his time with Larry Bird as they battled Magic Johnson.

Bill Walton is a retired basketball player who has been in the NBA for over three decades. He was 6-foot-11 and played for the Portland Trail Blazers and Los Angeles Lakers. In his career, he won an Olympic gold medal, two NCAA championships, and one NBA championship. His salary has been estimated to be around $15 million.

Bill Walton has had his fair share of issues that have harmed his Hall of Fame basketball career. A fractured back, as well as foot issues that required him to miss numerous seasons, visibly handicapped him.

Despite the setbacks, Walton, who stands 6-foot-11, made the most of his time on the floor. For the 1977-78 season, he was elected league MVP. In 1977, he led the Portland Trail Blazers to a championship, and in 1986, he was a key member of the Boston Celtics’ championship team.

Walson also discussed the challenges of being 6-foot-11 in a recent interview. Flights, he continued, had become a major issue. The ebullient big guy went a little off course and described why flight attendants had the third-worst job in the world, in true Walton flair.

During his NBA career, Bill Walton demonstrated that he could be both “the man” and “a piece of the jigsaw.”

During his time at UCLA, Walton was one of the most accomplished collegiate basketball players. In the 1974 NBA Draft, Portland selected him first overall. After missing the whole 1978-79 season due to a foot ailment, he only played 14 games in the next three seasons. He sat out the following two years after playing 14 games in the 1979-80 season.

The Blazers relied significantly on him throughout his first four seasons. In his third season, Walton led the league in rebounding (14.4) while averaging 18.6 points. When he was healthy, he was the focal point of a championship squad.

Walton spent three seasons with the San Diego Clippers after missing consecutive seasons, before being acquired by the Celtics before to the 1985-86 season. His job with Boston was to fill in for Kevin McHale and Robert Parish. Walton was a fantastic fit for the part.

He played the most games of his career (80) in that year and was vital in Boston’s triumph.

Bill Walton described his environment as “designed for preschool children.”

Walton said in a recent interview on the Al Franken Podcast that he was not just in agony during his playing days, but that he also had issues due to his height. It’s like living in a world “designed for preschool children,” he said.

On the court, being 6-11 has its benefits, but it may be a difficulty on the road.

“Everything fits while you’re at home, on your bike, or at the gym,” he remarked. “Imagine being 6-11 and having to fly every day. Try checking into a hotel when you’re 6-11. Mr. Walton, I’m sorry, but we only have a single bed and the shower ceiling is only 6-5. Furthermore, the toilet is barely six inches off the ground. And the mirror barely reaches a height of 6-4.”

Walton is a 69-year-old man. He continues to be active. He claims that he has to go in the pool and the weight gym to be healthy, but he also claims that he needs to keep flying.

“You witness the finest of mankind and the worst of humanity when you ride your bike and travel on those flights,” Walton added.

Flight attendants, according to Walton, have the third-worst job in the world.

While Walton’s 6-11 size makes flying uncomfortable, he told Franken that he doesn’t feel sorry for himself. His heart goes out to the flight attendants.

“I feel terrible for the flight attendants,” he expressed his feelings. “Apart from confinement in jail, there is no more limited area than flying. These flight attendants, despite their hard labor, always have a grin on their faces.

“The third-worst job in the world is that of a flight attendant. The man who handles my travel is the second-worst job. My wife Lori has the worst job of all, yet she’s still here after all these years.

“There were four children and nine grandkids in our family.” After that, my elder brother passed away. He was a football player with several health problems. The previous several years have been a disaster. He couldn’t make it much longer just before the epidemic. We adopted him and his five grandchildren since he had two adult children who were the same age as ours. Lori and I now have six children and fourteen grandkids.

‘When the kids left the house, Lori took on the task of raising assistance dogs. She had to quit when I fell down on February 24, 2008 (with serious back pain and sadness). It was a full-time job taking care of me. She’s still totally committed to the cause, but she won’t be rearing the dogs.”

Larry Bird and the Boston Celtics of 1985-86: The Best Starting Five Ever?