How Is Sports Betting Regulated in the USA? 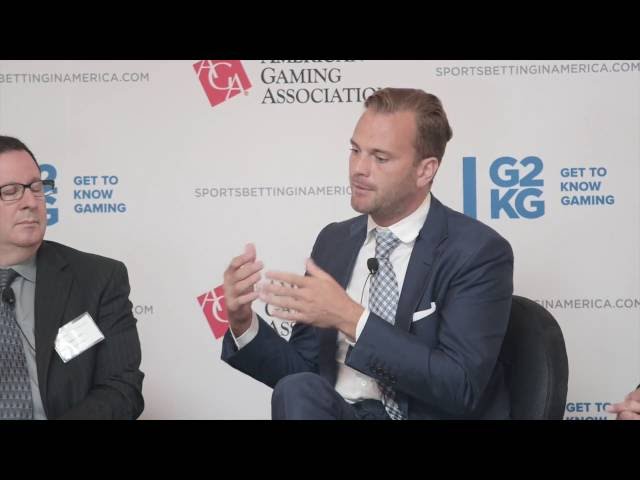 How is sports betting regulated in the United States? There are a number of federal and state laws that apply to sports betting, and the regulations can vary significantly from one jurisdiction to another. In this blog post, we’ll take a look at the different types of regulations that exist and how they impact sports betting in the USA.

The Professional and Amateur Sports Protection Act (PASPA) was a federal law that was passed in 1992. The main purpose of this law was to prohibit sports betting in the United States. Prior to PASPA, sports betting was only legal in four states: Delaware, Montana, Nevada, and Oregon.

PASPA did not make sports betting illegal in all states, but it did make it illegal for states to authorize or license sports betting operations. In other words, it was up to each individual state to decide whether or not sports betting would be allowed within its borders.

The law had a grandfather clause that exempted Nevada from its provisions, because Nevada had already legalized sports betting before PASPA was passed. After PASPA was enacted, Montana and Oregon continued to offer limited forms of sports betting.

In May 2018, the United States Supreme Court struck down PASPA as unconstitutional. This decision paved the way for any state to legalize and regulate sports betting if it so chooses.

There are three major types of sports betting in the United States – legal, illegal, and offshore. Each of these has their own advantages and disadvantages. Let’s take a look at each one in more detail.

There are currently more than 50 brick-and-mortar sportsbooks in Nevada, as well as a handful of mobile apps that allow residents and visitors to bet on sports from anywhere within state lines. The most popular sport to bet on in Nevada is football, followed by basketball, baseball, and hockey.

In 2012, the citizens of New Jersey voted to legalize sports betting in the state. The vote approved a measure that would allow sports betting at state casinos and horse racing tracks, as well as online and mobile gambling.

Sports betting is regulated by the New Jersey Racing Commission and the New Jersey Division of Gaming Enforcement. Betting on college sports is not allowed.

The legal age for sports betting in New Jersey is 21 years old.

In May 2018, the Supreme Court overturned a 1992 law that had effectively banned commercial sports betting in most of the United States. This decision opens up the possibility for states to legalize and regulate sports betting, if they so choose.

So far, Delaware has been one of the most active states in taking advantage of this ruling. Sports betting was already legal in Delaware prior to the Supreme Court ruling, but it was limited to parlay cards on NFL games. Now, full-scale sports betting is available at three casinos in the state: Delaware Park, Harrington Raceway & Casino, and Dover Downs Hotel & Casino. Betting is also available online through the state lottery website.

Delaware was able to launch its sports betting operations quickly because it already had a comprehensive gambling framework in place. The state has had casino gambling since 1976 and a state lottery since 1974. In 2009, Delaware also became the first state to offer legal online gambling, though this is currently limited to casino games and poker.

Pennsylvania enacted a sports betting law in October 2017, as a part of a larger gambling expansion bill. The state’s gaming control board began offering temporary regulations for sports betting in November 2018, with permanent regulations being approved in December 2018.

In 1988, Congress passed the Indian Gaming Regulatory Act (IGRA), which authorizes tribes to conduct gaming on Indian lands as a means of generating revenue for tribal governments and programs. The IGRA establishes three classes of games with a different regulatory scheme for each:

– Class I gaming is defined as traditional tribal ceremonies and social games. There is no federal regulation of Class I gaming, except for tribal-state compacts, which are negotiated between individual tribes and states.

– Class III gaming is all other forms of gaming that are not specifically included in Classes I or II, including slot machines, blackjack, roulette, and craps. Because federal law does not exempt Class III gaming from the general prohibition on gambling, states must specifically authorize it in order for it to be legally conducted within their borders. Individual tribes also have compacts with states that define the extent of legal Class III gaming activities.

Sports betting in the USA today

Sports betting is currently regulated on a state-by-state basis in the USA. Federal law prohibits sports betting nationwide with a few exceptions. These exceptions are Nevada, Oregon, Delaware, and Montana. Each state has the authority to decide whether or not to allow sports betting within their state boundaries.

The Supreme Court ruling on PASPA

On May 14, 2018, the Supreme Court of the United States ruled in Murphy v. National Collegiate Athletic Association that the Professional and Amateur Sports Protection Act of 1992 (PASPA) is unconstitutional. The 6-3 decision allows states to offer legal sports betting, pending legislative approval.

The ruling strikes down the federal law that had effectively prohibited sports betting outside of Nevada. It opens the door for others states to pass their own laws and regulations around sports betting.

Currently, only four states – Delaware, New Jersey, Mississippi and Nevada – have operational sports betting industries. Several others have passed legislation and are in the process of launching their own programs.

The ruling could have a major impact on the economy of sports in the United States. It remains to be seen how each state will approach regulation, but it is clear that sports betting will become more widespread in the coming years.

Since the PASPA repeal, a number of states have already taken advantage of this opportunity and have passed laws to allow sports betting. More states are expected to follow suit in the coming months and years. Each state has its own approach to sports betting regulation, so it is important to consult your state’s law before placing any bets.