What Cars Are Considered Sports Cars? 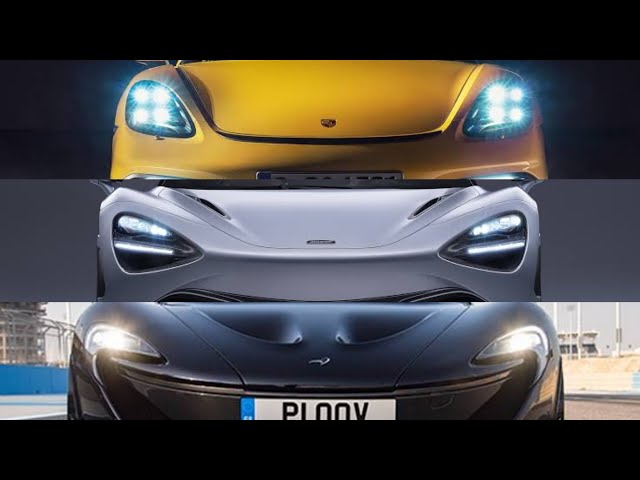 Before we jump into our list of sports cars, it’s important to note that there is no definitive answer to this question.

The definition of a sports car is always changing, but there are a few things that have remained the same since the beginning. A sports car is a vehicle that is designed for performance driving and racing. They are usually smaller and lighter than other types of cars, with less weight over the front wheels and a lower center of gravity. This gives them better handling and makes them more fun to drive. Sports cars usually have powerful engines and use special tires that help them grip the road. Some people think that only two-seat cars can be considered sports cars, but this is not always the case.

Even though there is no official definition of a sports car, most people can agree on a few characteristics that they believe make a car a sports car. In general, sports cars are designed to be lightweight, with powerful engines and good handling. They may also have special features like manual transmissions, limited-slip differentials, and aerodynamic body panels. These features help to improve performance, making the car faster and more fun to drive.

Not all cars that have these features are considered sports cars, however. In order to be truly considered a sports car, the vehicle must be designed with performance driving in mind. For example, some cars may have powerful engines and good handling, but if they are not designed for racing or track use, they would not be considered true sports cars. Similarly, some four-seat cars may have all of the necessary features, but if they are not meant for performance driving, they would not be classified as sports cars.

There are many different opinions on what qualifies as a sports car, but in general, most people can agree on a few key characteristics. Sports cars are usually lightweight vehicles with powerful engines and good handling. They may also feature special design elements like manual transmissions and limited-slip differentials that help to improve their performance on the road or track.

Definition of a sports car

A sports car is a small, usually two-seater, automobile designed for spirited performance and nimble handling. The term “sports car” was used in The Times, London in 1917. According to the Merriam-Webster dictionary, USA’s first known use of the term was in 1928. Sports cars started to become popular during the 1920s.

Performance standards for sports cars are generally agreed upon by automotive journalists and enthusiasts. These standards include: acceleration; braking;cornering capability; and overall vehicle performance.

History of the sports car

The first sports cars were produced in the early 1900s, and they quickly gained popularity due to their small size and agility. Initially, these cars were designed for racing, but they soon became popular among the general public as well. Sports cars continued to grow in popularity throughout the 20th century, and today they remain one of the most popular types of cars on the road.

Some of the most iconic sports cars of all time include the Chevrolet Corvette, Porsche 911, and Ford Mustang. These cars are known for their power, style, and handling, and they continue to be popular among car enthusiasts around the world.

While there is no precise definition for a sports car, they are typically characterized by their small size, powerful engines, and sleek designs. Sports cars are also known for their agility and handling, which makes them fun to drive on twisty roads or race tracks. If you’re looking for a fast and stylish car, then a sports car might be the perfect option for you.

Sports cars are typically designed with an emphasis on speed, handling and agility. They are usually smaller, lighter and more aerodynamic than other types of cars. These characteristics typically result in a trade-off in terms of fuel economy and interior space.

There is no precise definition of what constitutes a sports car, but there are a few general characteristics that are typically associated with these vehicles. Sports cars often have two seats and a small passenger compartment. They also usually have a powerful engine and use light-weight materials in order to achieve better performance. In addition, many sports cars have a sleek, aerodynamic design that helps to improve their speed and handling.

Some popular sports cars include the Chevrolet Corvette, the Porsche 911, the Jaguar F-Type and the Audi R8.

It really depends on who you ask but there are a few cars that seem to make the cut more often than not. These cars are the Chevrolet Corvette, the Porsche 911, the Mercedes-Benz SL-Class, the Audi R8 and the Jaguar F-Type.