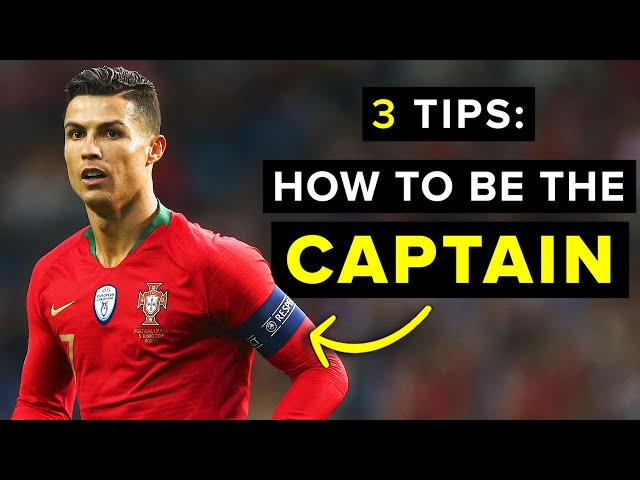 A sports captain is a leader who is looked up to by teammates and respected by opponents. A good captain is someone who sets the tone for the team both on and off the field.

A “captain” is often the leader of a sports team. captains are typically elected by their teammates and serve as on-field representatives of the team. In some cases, a captain is also responsible for motivational and strategic decision-making during games. But what exactly makes a good sports captain?

There is no single answer to this question, as each captain brings his or her own unique set of skills and personality traits to the role. However, there are some qualities that are commonly seen in successful captains. Good captains are typically:

The Role of a Captain

Being a Good Communicator

One of the most important factors in being a successful sports captain is communication. In order to lead your team to victory, you need to be able to clearly and effectively communicate your game plan. This means being able to articulate your vision for the team, and inspiring your teammates to buy into that vision. Good captains are also able to listen to their teammates and take their input into account when making decisions about the team.

Another important aspect of communication is being able to give feedback constructively. As captain, you will need to be able to give your teammates feedback on their performance, both positive and negative. It is important that you are able to do this in a way that motivates and encourages your teammates, rather than discouraging them.

Organization is one of the most important qualities of a successful captain. A good captain needs to be able to keep track of practices, equipment, games, and the team’s morale. A captain needs to have a good relationship with the coach so that they can communicate effectively. Captains should also be approachable by their teammates so that they can be a leader on and off the field.

As a captain, it is important that you show respect not only to your opponents, but also to your own teammates, the officials, and the game itself. By showing respect to all of these people and things, you set a good example for your teammates and help to create a positive environment. Additionally, when you show respect to the game and its customs, traditions, and rules, you help preserve the integrity of the sport. In short, being respectful is an important part of being a good captain.

A good sports captain is someone who can inspire their teammates to perform at their best. They need to be a leader on and off the field, and someone who can be counted on to make the right decisions in pressure situations. They must also be able to work well with the coaching staff and be a good role model for other players.